For those who have already given, thank you, you are a hero. For those who haven’t yet, if you can, please do. If you can’t, please reblog, or tweet, or pass along on Facebook, or do whatever you can to get the word spread around. Spread the big bloggy love.
Imagine if the roles were reversed, if you were losing your home, over a disease that was beyond your control…
http://www.youcaring.com/help-a-neighbor/help-save-a-home/142484

How awesome the WordPress community is?

Well, you are awesome.  Normally I would have said awesomesauce, and I might have even said awesomesauceh, but commercials have begun using that so I can’t do it anymore.  I’m in the market for a new word, maybe spectacujam…?  I think I should continue thinking on that…

I’m not really sure anymore.

And, look, you got me off track again.  Bad kingdomites!  As your punishment, I need you to check out this link: http://www.youcaring.com/help-a-neighbor/help-save-a-home/142484

Can you believe we have already raised over $1,100 dollars to help out Merry and her husband?  That’s outstanding.  I’m floored by the outpouring of support they have received.

There is still a bit to go before they reach the goal that will ensure they can keep their home, though, so if you can, please send a bit of love, or hugs, or money, or flamethrowers to help torch all those pesky feathers, or whatever you can.

I may have gotten off track there, but I think you got the general message, right?

And, don’t forget to drop by and thank Zoe for setting up the donation site and getting this all rolling.

Hooray for people acting like, well, people.  I knew we still could if we wanted to.  I know we can help Merry save her home.

What’s one thing you’ve done that you are especially proud of?

The first time you turned me away I understood.  I was frustrated, and annoyed, and physically exhausted (which wasn’t your fault), but I did understand.  Okay, my couch was really old – it had been my grandparents and then my older brother had taken it out to Arizona where it had moved a few times, and then I had rescued it and had it in San Diego for awhile before moving up to Camarillo.  So, in all fairness, it wasn’t exactly “gently used.”  And the fact that it was day-glo green probably didn’t help.

But, perhaps a little better definition of “gently used” would have been good information to have before I had carried it down a flight of stairs, loaded it onto my truck, driven to the store by my apartment, unloaded the couch and been in the process of bringing it into the store (assisted by two of your employees).  Nowhere on your website does it say, “We take donations unless they are past a certain age and as long as the potential donations aren’t day-glo green.”  It was still in one piece, had all of its cushions, and functioned as a couch.  Just because I didn’t want it anymore doesn’t mean somebody else could have benefited from it, right?

Additionally, which would have also been good information to have beforehand, nowhere on the site does it say, “Donations are at the discretion of the floor manager which can override the opinions of the rest of the employees.”  I mean, the couch was already through your front doors, and one of your managers took a look at it and said, “No, we won’t take that.”  Excuse me?  Really?  But two of your employees have already helped me carry it into your store…  Oh, that’s right, it is day-glo green.

Like I said to begin with, I actually understood.  It was a pretty hideous green color and it might have trouble being sold even to those who had desperate need for a couch.  Still, the lack of a clear explanation on why it wasn’t “acceptable” was annoying.  And I left extremely frustrated because now I had to figure out what my other options were for getting rid of the couch.  Your employees and store manager were not helpful along those lines either.

Wanting to be a good citizen, a good custodian of Earth, I tried to donate to one of your stores again a short time later.  My wife and I had purchased a condo and we did a bit of renovation.  I had learned my lesson this time though and I called to ask if you wanted what I had to donate before I went to the trouble of loading it in my truck and driving it all over.  After several rejections at stores around Ventura County I finally found one that was happy to talk to me and was excited for me to being willing to donate some of my gently used appliances – yes, I had learned that lesson the first time around too.  As a bonus, none of the new items were day-glo green so I didn’t even have to worry about that.

I loaded my truck.  I drove to the store.  I was in the process of unloading, when one of your employees came out to take a look at my truck and said, “No, we won’t take any of these.”  But, I had just talked to someone who said you would…  These items are all basically brand new they just weren’t what my wife and I wanted…  Seriously?  You are turning away more of my donations?

If I was frustrated and annoyed the first time around then that second time I was pissed-off.

At what point did your stores, those in place to help people who have fallen on hard times, become so discerning in what items they will accept?

Perhaps you could provide a better definition of “gently used” along with any additional criteria on which items you will and will not accept on your website to keep these sort of misunderstandings from happening again in the future.  I for one would greatly appreciate that and I have a feeling I’m not alone.

This post was written in response to this week’s weekly writing challenge: http://dailypost.wordpress.com/2012/10/08/weekly-writing-challenge-and-now-for-something-completely-different/.  I wouldn’t say that I have a normal style as my blog has covered rants, personal stories, fiction, poetry, and sports reviews in its fledgling existence.  However, I hadn’t yet done an Open Letter and thought this would be a good opportunity to try one out.

Even though I’ve been pondering the topic of this letter for quite some time I still found it extremely difficult to commit to words.  I struggled to find the right tone, the right balance between questioning the policies in place and presenting my aggravation over my experiences.  Hopefully, it turned out okay. 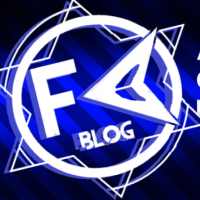