Today we are discussing some of the problems with higher education over at Stories That Must Not Die. Pop on over and add your thoughts and experiences to the discussion.

Stories that Must Not Die

Please welcome Bumblepuppies to discuss higher education, graduate school and a form of cultist sequestration I had no idea existed.

I’ve come here to tell some stories. I usually write humor but today I intend to go serious with topics that sometimes end up as a punchline for me these days. You should not expect extreme emotion from me, but rather a disturbing calm. I have been away from the situation for a while now, long enough for other life events to move into the foreground. It is for this reason that I don’t usually talk about this anymore, though it is something people need to know before allowing friends and relatives to pursue a Ph.D.

If you humor me on the small stuff early on, you’ll find that the issues grow as you keep reading.

(This challenge isn’t all that difficult for me as I will often argue both sides of any argument depending on which one needs the most support.  What follows is the point of view of a friend from the last “disagreement” I had with them regarding the need for everyone to have a college education.)

College is for everyone.

While you may argue that not every job requires the skills and experiences attained from a 2 or 4 year degree, I believe that perhaps if someone with a higher education took up one of those careers they would see a way to improve it, to reduce cots, to increase output, to benefit the company they work for and the society as a whole.

While you may argue that the sheer cost of college will become a detriment to those who are unable to find a high paying position despite their advanced education and thus create a burden on society rather than a bonus, I believe that the overwhelming majority of people will be able to find work.  That majority will easily cover the cost of those unable to pay back their college debt.  Besides, to make college a goal for us all to realistically achieve we will have to greatly reduce tuition anyway.

What other arguments do you have?  What flaws do you see in this plan? 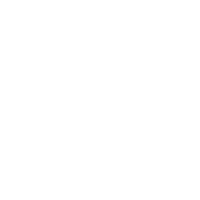