Have you read Blackmoon WarMage yet?  Do it!!  Do it now!!!  That’s an official Kingdom directive.  When the First Knight of the Matticus Kingdom publishes a story, I insist that all layal kingdomites go forth, purchase, and read that book.  Furthermore, I require that reviews be left afterwards as feedback for both the author himself and for potential future readers.  So… stop reading this silliness and go read Revis’ book!! 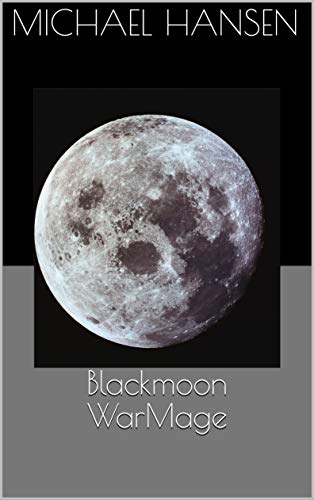 It’s been a busy and weird kind of week, and isn’t it interesting how those go together as often as they do.

So far this week, I’ve learned that in some circles “3 – 5 business days” can actually mean less than 8 hours… and, I’ve learned that “3 – 5 business days” can also actually mean more than a month.  See, being a fan of words and definitions, I have a problem with that…  But, when enough people accept something for the way it is, I know I have to cool my frustration and just let it be…  Don’t I?

And, during this weird and busy week, I’ve also learned that I can survive on far less sleep than I normally do – and, let’s face it, I don’t usually get that much sleep to begin with – as I pushed my bed time back each night to work, work, work… on a certain book, book, book.

This beautiful book, that has been compiled with all the guile, wit and love of Revis, Arden, Ethan, myself and CardCastles too, was supposed to become available on Tuesday, February 20th…  This is the part where we get back to the various definitions of “3 – 5 days” and how the book has actually already been released and is ready to purchase…

So, just to be silly, you could wait to order it until Tuesday, or you could be even sillier and order it now…

For those of you who actually want to know what the book is about before purchasing it and supporting several wonderful and deserving writers, here is the synopsis:

Accura, the goddess of chaos, has begun to unleash her newest plot to send Cetros spiraling into turmoil. Once her brother and sister gods and goddesses learn of her scheme, most bring forth their champions to try and restore order while the others attempt to take advantage of the situation for their own purposes. Will their lack of a cohesive plan only serve to further Accura’s cause and doom Cetros to be forever ruled by chaos? Or will the champions succeed in their quests and allow their world to regain some semblance of normalcy?

This anthology includes seven stories, one for each of the gods and goddesses of Cetros: Chaos, Magic, Death, Plants and Earth, Animals, the Seas, and Weather.

Sounds amazing right?  I can tell you with 100% certainty that it is amazing.  And, while you may think I’m biased, and you may be right about that, please do not let that influence your purchasing decision.  Thank you, in advance, for your support.  You faithful kingdomites surely do know how to make a Jester feel special.

I will continue to plug the new book over the coming days.  There will be info on purchasing signed copies.  There will be snippets from my contributions to the anthology.  There will be links and shenanigans.  So, stick around.  Leave a comment.  Buy a book.  And we’ll all have a grand time.

So… it’s been a while since I’ve been here with any sort of regularity.  I guess I should get a broom out and take care of some cobwebs (safely transporting the spiders outside first, of course) and maybe do some dusting.

You might be seeing a bit more of me this year…  I don’t want to promise and than not deliver, hence the “might,” but I should have a lot of good news to share throughout the year.

And that starts now.

Revis, Arden, Ethan and I have a book coming out soon… very soon…  Tuesday of next week or so…  Yes, I’m just teasing you for now, no specifics, no details, just an anthology of fantasy stories related to a world you may or may not be familiar with already.

So, there’s that bit of awesome…

What?  You want more?

Okay, okay… here’s some words for you:

What?!  Not the words you were hoping for?  Be patient my faithful kingdomites, and you shall be rewarded…  A cover reveal?  Some tantalizing quotes from the various stories?  An author interview?  Okay, maybe not that one, but we shall see.  Indeed, we shall see!

And so, for a limited time, it shall be FREE.

Fauxpocalypse is currently being featured on Story Cartel, and you can download a copy of the book… for…  FREE!  That’s zip, zero, nadda, nothing.  Did I mention FREE?

All those stories.  All the drama.  The love.  The action.  The mystery.

Your money is no good.  (“Nobody drink the beer, the beer has gone bad.” – Can’t Hardly Wait.  Anybody?  Anybody?  Okay, moving on.)  We don’t want your money.  Though, we wouldn’t mind a review or two or twenty, anywhere and everywhere you can post a quick word about it.

Oh, and before I forget, have I already said it is FREE!?

So, pop on over to Story Cartel (http://storycartel.com/books/fauxpocalypse) and pick up your FREE copy of the book.

What are you waiting for?

Do you need a reminder of what Fauxpocalypse is all about?

“Life on Earth is predicted to end on 15 July 2015. But the oncoming megatons of rock and ice break up shortly before impact. Now humanity must live in a world most believed would not exist. Across the planet, people are haunted by the future they did not fear, and even those who did not embrace death must face the consequences of others’ decisions.

A collection of twelve stories about rebuilding hope.”

So…  FREE.  And Awesome.  And FREE!  Why haven’t you already popped over and gotten your FREE copy?

Did I take it too far?

Jules Ander, a scientist of some renown, tittered with delight as he completed the prototype for the invention he’d striven his whole life to create.  He held it aloft and marveled at the simple design to harness and balance the intricate mechanical structures and elemental fuels.  It was life and machine together, the first device of its kind, and a leap forward in humanities ability to distort the rules of physics.

Loathe to set aside the Second Bookmark, a simple name that barely hinted at the creations capabilities, Jules carefully returned the item to his workbench so that he could prepare for his journey all the same.  He considered locking it away, but decided there was no need as only he and his assistant and any knowledge of its existence, and he would only be gone for a few minutes.   Without a second glance he left the lab to grab what he needed from his private chambers down the hall.

When he returned, his assistant, Amber Rettin, was studying the new bookmark.   She didn’t bother to look up as she asked, “You finished it?”

“Yes, it is ready for testing.”

“What are you going to use as the test subject?”

His calm and confident response caused Amber to look up from the device and study her mentor.  She was surprised to see he was not wearing his normal lab attire, but had switched to boots, jeans, a long-sleeved flannel shirt, and, taken aback, she pointed at the scientist’s hip.  “What is that?  What are you doing?”

Jules let his right hand casually fall to the butt of the Ruger Vaquero he had holstered just below his waist.  He smiled broadly and jostled the revolver in the gun belt, easing the leather’s grip on the smooth metal.  “I certainly can’t go unprepared.”

“Go?  You are seriously going to test the device on yourself?”

“I wouldn’t have it any other way.”

Jules stepped to the workbench and began to activate the device.  A series of flashing lights spiraled down the smooth surface indicating that everything was working properly.  With a curt nod and a satisfied smile he reached across to the adjacent bookshelf and withdrew the first volume of Stephen King’s Dark Tower series.

“This is madness, Jules.  You can’t test the device on yourself!  What if something goes wrong?  All your knowledge on how the bookmark works will be lost.  Please, please, stop this foolishness.”  Amber reached out to grab him but her hands passed through empty space.

Jules had already placed the Second Bookmark on the first line of the book and he’d been pulled in straight away.  The device worked.  It was a success unparallelled in all the great moments of scientific discovery.  And, no one would ever know about it.

“Go then, there are other worlds than these.”  Amber looked down at the desk, unaware of what she had just said and unsure of why she was standing in the laboratory when she normally would be at lunch at that time of day.  Seeing a book titled “The Gunslingers,” the first in a seven book series, she picked it up and turned to the first page.  Perhaps she had come to the lab to find something to read while she ate.

“The man in black fled across the desert, and the gunslingers followed.”

Intrigued, she tucked the book under her arm and left the room, flicking off the light as she passed into the hallway.  She would return to her work studying the radiation levels of sun bursts after losing herself for a few chapters.  She hoped the book was good as her mind had been plagued with several issues recently and she needed a good escape.

My sincere apology to Stephen King, and my thanks to Stephanie from Be Kind Rewrite for always supplying such fun prompts to inspire my writing.  Yep, this is another response to this week’s Inspiration Monday writing challenge.  I couldn’t help myself: Second Bookmark.  It called to me, just as the Tower calls to all who will protect it.  With all the potential universes spinning around the tower, all the possibilities, all the worlds, truths and untruths, why wouldn’t Roland have help from the beginning of the tale in at least one of them.  All things are possible…

You know you want to play along.  This is the first time I’ve broken “the rules” by going over the word count limit.  Whoops!