This is a picture I have several times over from all my trips to Tuolumne Meadows in Yosemite and yet it never gets old. And, of course, the picture doesn’t do it justice.

Pretty self explanatory here… Hopefully you can feel my joy at both the arrival of the sun and the stunning view we woke up to that morning.

Last month, the Little Prince, my brother, my dad, and I took a walk in the woods as the expression goes.  It did NOT go as planned, but fun was still had despite the equipment issues and the weather turning against us.  The rest of the month will be a photo essay, of sorts, of our trip.  I hope you enjoy!

We walked through the burn scar, happy to see new life peeking through the soil, green in a landscape of ash grey, while breathing the smoke from a new fire raging to the south.  Seeing the remnants of a dead fire while breathing the proof of a live one.  It was eerie and sad.  I took video while we walked, to capture the moment as best as I could.  Though, that only really gets the image of it.  Not the smell.  Not the desolation.  Not the death in the air.

Still, there was life at our feet.  Tiny flowers and little green shoots sprouted along the trail.  And in the haze we could see other such life pushing through the ash.  It was encouraging to see that.  Despite the destruction, all was not lost.  Despite the raging inferno that had scarred the terrain a year earlier (nearly to the day), life was returning and, in some cases, had never left.

Little did we know then what our day had in store.

From one fire to another, we travelled homeward, the smoke constant and the charred hillsides popping up again and again.

I’m not entirely sure where I’m going with this.

When I conceived the idea for the post on our drive home (we had been backpacking near Shaver Lake), it seemed to mean something.  All this damage.  All these fires.  I came home and looked up the names of each of them.  There were nine active and old fires that we either drove through, walked through, or saw the smoke from.  And if we saw the smoke it meant we were breathing it.  But now a month later when I’m finally get around to writing this?  That number would be thirteen instead of nine.  Four more fires started along the same corridor in the last four weeks.  One per week.  But, what does it mean?

Maybe it is enough to have been there and to share these words now and raise the question:  What does it mean?

Maybe these words are nothing more than a diary entry of sorts.  I went.  I saw.  There was devastation.  There was beauty.  And somehow that is right.  That is life.

Maybe this is nothing more than my mind trying to reconcile the memories from my youth when I was fascinated by fire while at the same time calculating the cost currently.  The forests that have burned now will not have grown back to what they were in my lifetime, nor in my children’s lifetime.  Anything that is lost now they will never get to experience.  These forests take too long to grow back.  They can’t just be instantly replaced like so much else in our lives.

Maybe it’s all of the above. 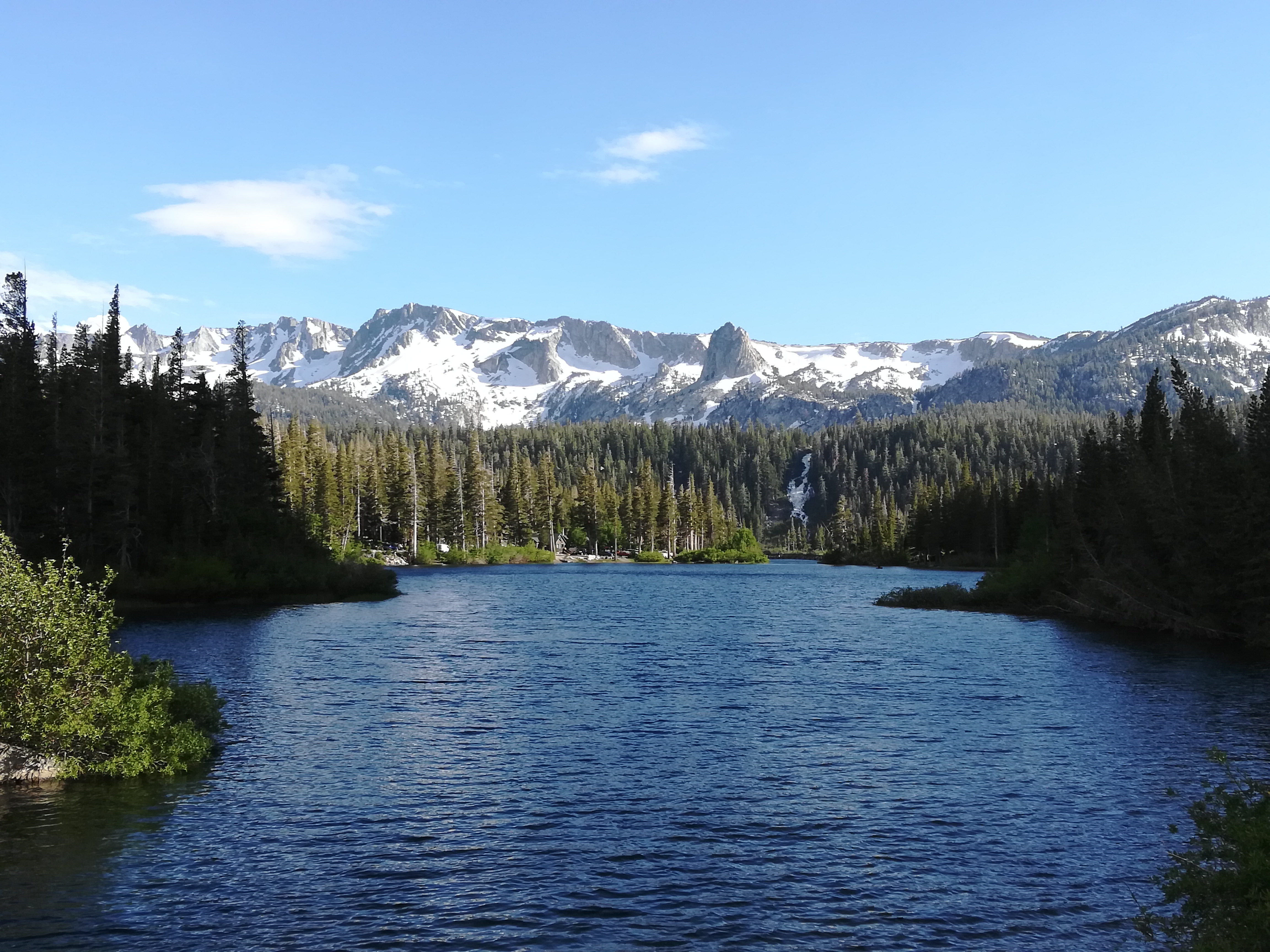 Two lakes, side by side
Called twins, but not to the naked eye
Nestled beneath towering Sierra cliffs
Peaceful, serene, and ready for a dip
They are part of what calls to me
“Come, adventure, live, see.”

Two lakes, side by side
Called twins, but not to the naked eye
They greet me when I arrive
I can hear them when I try
Close your eyes and listen for their whisper
“Come, live, see, adventure.”

Two lakes, side by side
Called twins, but not to the naked eye
Like guardians to the high mountains beyond
They’ll let you pass if you can hear their song
Always, always, I hear their tantalizing hum
“Adventure, live, see, come.”

Two lakes, side by side
Called twins, but not to the naked eye
Their call does not come without a cost
But do not fret, lay your worries on their cross
The mountains can take as well as they give
“Come, adventure, see, live.”